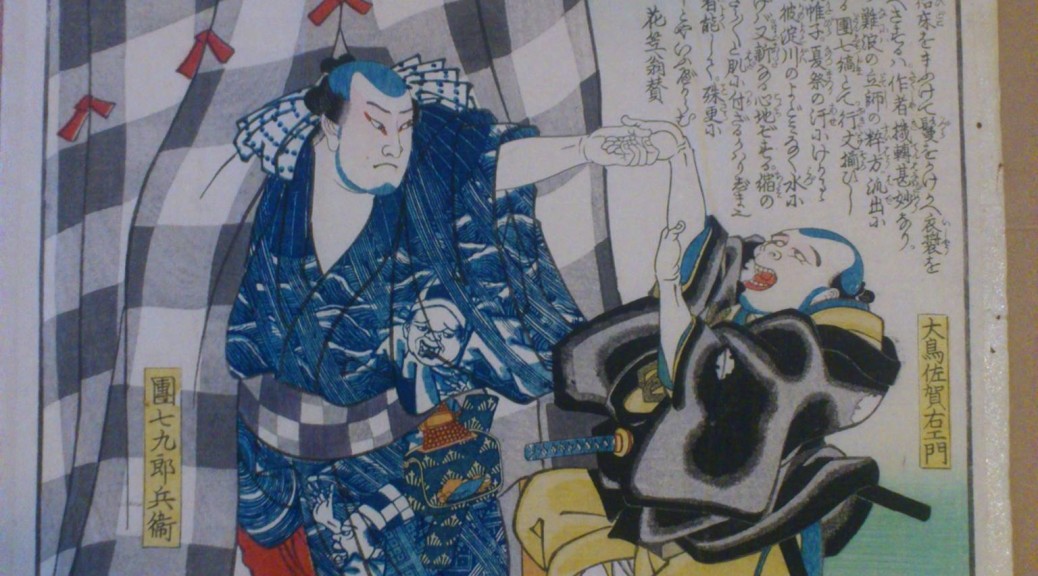 Aikido is a martial art from Japan. The main idea of Aikido is to use attackers strength for benefit of defender. Other feature of Aikido is respect not only to health of defender, but to health and life of attacker as well. Through Aikido is relatively young – it was founded by Morihei Ueshiba in late twenties of twenty century – it is derived from ancient Japanese martial arts. Thanks to minimal strength requirement of Aikido techniques is Aikido suited for virtually anybody – not excluding women or  older persons.

Special feature of our Dojo is that we are interested in historical versions of Aikido techniques  as well as the  contemporary versions. Aikido did not just appeared from void. It developed from martial arts with long history. Consequently, there are lots of historical sources (for example authentic wood prints) of informations about technique’s suspected ancestors. These informations are of special interest, if not for anything else, then because of the fact that at that time life often depended on correct execution of technique. Comparison of differences then leads to better understanding of thought behind development of Aikido. On the other hand, the common features shows functional basis of techniques. The historical fact that samurais were rarely unarmed leads us to practising Aikido with weapons (Jo, Bokken and Iaito – wooden equivalents of staff, sword and steel sword for training) more often.

Our central teacher is Takashi Kuroki Sensei, 6th dan Aikido Aikikai, 5th dan Iaido. Therefore our  Dojo (club) is under umbrella of his home organisation – Yufukan. Takashi Kuroki Sensei is coming regularly to Czech Republic and when he is in Prague he leads trainings in our Dojo.

Our Dojo has very good connection to a boxing club. As a bonus, our students can learn basics of boxing for free (one training a week) to improve their atemi.